Let's start with the end: 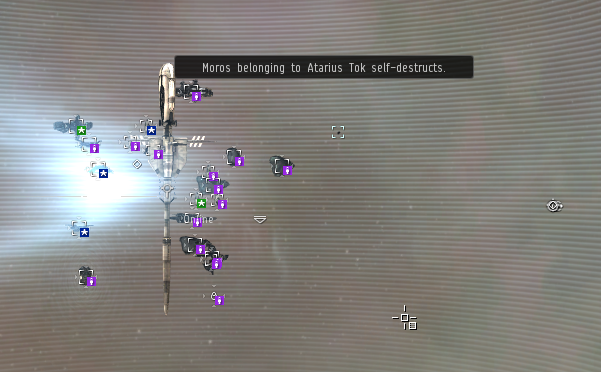 In preparation for Rubicon's fix for the bug-feature that caused SMAs to not drop loot, we left two anchors in two wormholes. One was a C3 with a faction tower, 4 capitals sitting in the shields, and a 12-man corp that almost never signed on. The other was a C2 with a ton of SMAs and CHAs and no defenses.

It's a lot of work to take out a tower when you can't fit dreadnoughts in, but Rubicon also introduces the bastion module which gives you the same e-war immunity...

Anyway, we "slip" an Orca into the C3 (OK, they never sign on so we pretty much just waltzed right in).

In which many stealth bombers are lost

We started removing the magnetometric (Gallente) jammers using stealth bombers. We would decloak, fire, and recloak before the guns locked us. We lost 14 stealth bombers to either piloting error or... something else. Here's three of them.

Whatever. Death to all stealth bombers.

Meanwhile, our C2 anchor reports that the tower is reinforced, a T3 fleet is on d-scan, and he nearly got decloaked by the bubbles and cans on the tower. 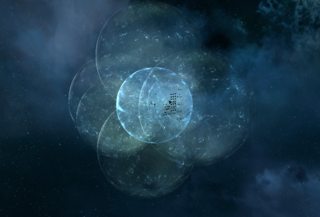 A Hyperion logged in and faceplanted into the bubbles.

In which many shoes are gained

Having removed the magnetometric jammers, we prepare to move some shoes Dominixes into the C3. There is a C2 attached to it and a great highsec, so we plan to get in through there. Stats show NPC kills in the C2 in the last hour. D-scan shows a Noctis. Our killboard shows the same Noctis.

We nail down our exact fits and move the Dominxes to the highsec. Suddenly, we see Drakes and a Tengu on scan from the same corp that lost the Noctis. They jump into the C3, then head to a planet where they shoot some Acolyte I's at each other and then repair each other up. They then head into a site.

After killing some of them, we're undecided as to whether they're being multiboxed. Why would a multiboxer have such inconsistent fits? Why is one Drake using Scourge and Acolytes and another using Mjolnir and Hobgoblins?

One of the Drakes warps to the C2. Our Blackbird is there but has no point. We follow and manage to grab it.

As we kill it, a third party shows up and nearly gets us. Most of us manage to get out, but our Blackbird didn't warp straight to the highsec wormhole. They sit an Onyx on that hole and put some of their fleet on the C3. Combat probes go out and our Blackbird is forced to warp around and wait out his logoff timer. As he safely logs out, he sees a ship land on grid with him but doesn't get pointed.

They eventually go away and we're able to bring in our choo-shoe train. 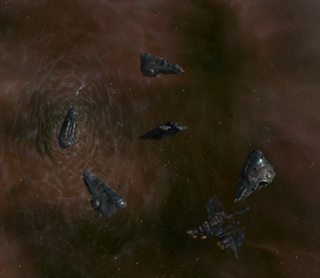 We stick them through the various other wormholes in the C3 and collapse them. One of the owners of the POS signs on in a scanning ship, but doesn't seem to notice the incapacitated ECM modules.

He signs back off.

We warp to the POS and try tanking the faction guns, but it's too much. More people sign on and we get more Dominixes, a Damnation, a Vargur, and a Golem. We defang the POS. 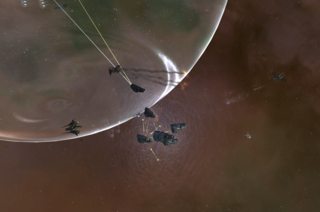 With that out of the way, we switch to Oracles (we deal with the radar ECM by ejecting a bunch of shuttles). 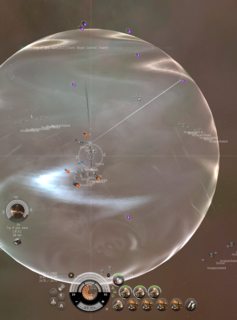 In which we lose the Orca

Allow me to paint you a picture. We're shooting this POS in some Oracles. 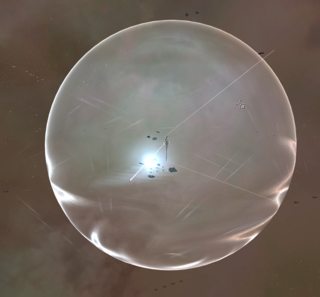 Some of my alliancemates live in dumb timezones and suffer from this problem where they pass out every night for 5-8 hours. So after they go and prepare for unconciousness, we're down to 5 people. No problem; the 5 of us can handle a nice, quiet Oracle bash.

We notice a new signature on scan. Further investiagtion reveals it to be a wormhole to a C6 with a C3 static. Seeing nothing but a scanning frigate pass through, we shove some battleships through it and back. With it reduced, we stick the Orca through.

It doesn't come back.

As you pass through the wormhole you realize that it collapses behind you. Have you become trapped?

Nah, we're not trapped. We have a scanning ship with the Orca and the Orca itself has a cloak and probes. Everything was OK for the first 5 seconds before the Proteus decloaked.

Our Orca warps to the sun before the Proteus' decloak retargeting delay wears off. The Proteus follows, but lands 60km away. This time, he's uncloaked and with his bonused point the Orca doesn't have time to get away. Our Orca pilot cloaks up and slowboats away. The Proteus approaches...

And gets within 5km of the Orca, but it stays cloaked. Our Orca pilot goes and takes a breather. It's a little over an hour before downtime. He needs to stay logged in until downtime, at which point he will be in marginally less danger. He continues slowboating away from the Proteus.

The phrase "a cloaked Orca moves 60 kilometers an hour" is heard on comms. I have to do a triple-take. I really wish I had been recording during this, but hole-closing is rather dull and I didn't have the presence of mind to record once it got interesting because I was too stunned.

15 seconds before downtime, our Orca aligns to a safe set up by our scanning ship and decloaks 100km from the Proteus, the Proteus's friends, and his friends' bubble. The Proteus rushes for the Orca. Our Orca enters warp as the servers go down.

With that out of the way, we sign back on after downtime and reinforce the tower. Also, we draw some circles. 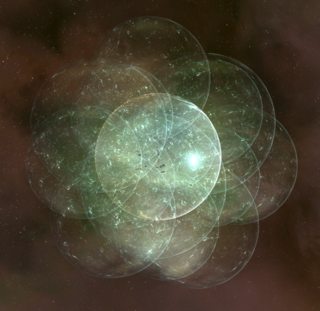 In which a single shoe is lost

The next day, we sign on about 30 minutes before the tower exits reinforced. 5 wormholes have opened up into the C3. Also, someone blew up all the shuttles.

One of the wormholes opens into lowsec and brought in D3NSE in a couple Ishtars. One of the POS owners signs in. He dies and we fail to catch the Ishtar.

The POS has come out of reinforced and is slowly regaining shields. We still have too many wormholes open, so we get in our Dominixes to close them up.

We unfortunately do not have great exit control: a bubble goes down and a Vindicator emerges from the POS, lands on the highsec hole, and gets away. The Orca that was just sitting in the force field also gets away. The Moros, Nidhoggur, and Rorqual are still there, though.

The Ishtars warp to the POS and start shooting it. One of them speaks up in local.

Destroyer1020 > this would go much faster if you were helping

We bubble 2 of the wormholes up and start collapsing the rest. As we take one down, an Enyo lands where it used to be. A pod appears where the Enyo used to be.

Realizing what we're up to, the not-so-friendly Ishtars leave system.

My granddad always said "never trust an Ishtar farther than you can throw it."

We move on to the last wormhole that we want to collapse. It goes critical, but we decide it would be safe to do one more Dominix pass, having proved the day before that we are experts at wormhole math.

You can probably guess where this is going. It collapses with the Dominix on the wrong side. This time, we don't have probes on the Dominix and we don't have a scanner on the other side. It's a good thing his clone was up-to-date.

We shoot the tower. 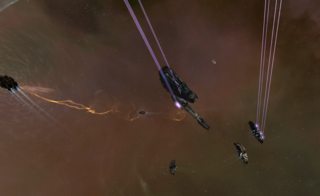 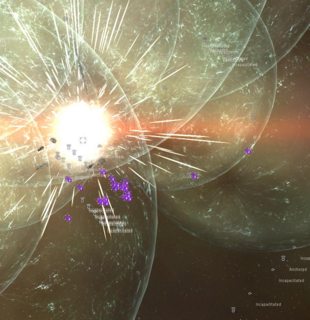 We self-destruct the Moros (as shown in the first screenshot) and Rorqual. We use the Nidhoggur to repair the 1 billion in faction POS modules laying around and ship them out.

On a quiet day, we extract the Orca completely uneventfully.

I try to sell the wormhole and get a buyer. We're a bit slow because Thanksgiving.

Late one night, I finally get the connection and confirmation that we've moved everything out. The next morning, I sign on and wait for the buyer. Casually, I hit d-scan and see an Iteron. An hour later, I see a force field.