One of our alliancemates got killed by someone a few months ago. He watchlisted his foe and forgot about it.

Today, he saw that pilot manning a gate camp in Gonditsa. We got into 3 guardians and some armor battlecruisers/T3's and formed a train. 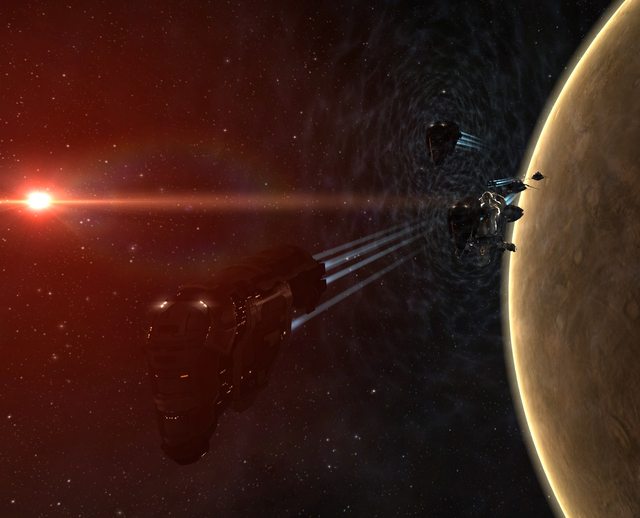 Then we went to Gonditsa, where we failed to catch our target. Also, we showed our Guardians too early to a "neutral" magnate on the highsec side of the gatecamp, so the entire gatecamp flew off.

We backed off to our staging system when our scout noticed that they were all reshipping into catalysts. Then, he noticed them in highsec, followed shortly by them all going criminal. Apparently, they had suicide-ganked a hulk. We tried to catch them on the lowsec side, but our interceptor didn't lock any of their pods before they warped off.

Then, that same magnate showed up on the gate. Having been foiled once, we took the bait and started our aggression timers, making us unable to jump back into highsec.