But what would my father say if he heard me telling a story this way? 'Begin at the beginning.' Very well, if we are to have a telling, let’s make it a proper one. In the beginning, as far as I know, the world was spun out of the nameless void by Aleph, who gave everything a name. Or, depending on the version of the tale, found the names all things already possessed.

Our tale begins two days ago, in a C2 system known to us only as J-one-four-four-zero-zero-four, or J144004 for short. We saw a Corax sitting on the highsec wormhole in jump range. Looking to use my shiny new bait Venture, we assemble a small fleet on the C1 static.

I jump my Venture in and warp to the highsec hole. I wait for the Corax to open fire while drifting off, hoping to pull it out of jump range. It starts shooting and takes out at least ¼ of my shields with its first volley. I respond with my puny gun (singular) and neutralizers, dealing almost no damage.

Meanwhile, our fleet, my alt included, jump into system and warp to the highsec hole. Mid-warp, my Venture dies. I was not very far from the hole, but apparently out of jump range. Either that or, in a hurry to warp my alt to the wormhole, I didn't actually click jump. In either case, I lost my pod.

Our fleet landed as the Corax was jumping out to highsec. Luckily, Catalysts are amazing. Pod. Audio.

With that out of the way, we turned our attention to Russians running sites in another C2 in a Rattlesnake and Drake. By the time we got our fleet in position, the Rattlesnake was gone and only the Drake was there. Looking at their killboard, we noticed that they had lost another Rattlesnake and a Machariel 4 days ago. We decide to wait.

A popup informs us that downtime is in 15 minutes. We continue to wait.

10 minutes to downtime, we get a bit antsy. What are they doing? How are they going to salvage the wrecks? Do wrecks even stay after downtime?

5 minutes before downtime, we just jump it. Pod. Video.

They apparently had some poor communication because we grabbed a Caracal after downtime trying to enter the system we ganked the Drake in. Video.

We find another C2 connected to the one we ganked them in, but EVE Census points out that they live in J204221. We eventually find J204221 and I hop in.

Even though the Russians are just starting their day, it's very late for us so we sign off. This was a hint I should have taken to not leave my scanning alt in their wormhole, but how can I look a Rattlesnake and a Machariel in the face and not at least try?

The next day, we see a Proteus and Legion running sites in a different C2.
We botch the gank and they POS up. It turns out "they" is actually "he" -- one man dual-boxing. We then reverse-bait him by salvaging his sites in a completely unprotected Noctis.

Later, he wisely downgrades into a Drake and Harbinger 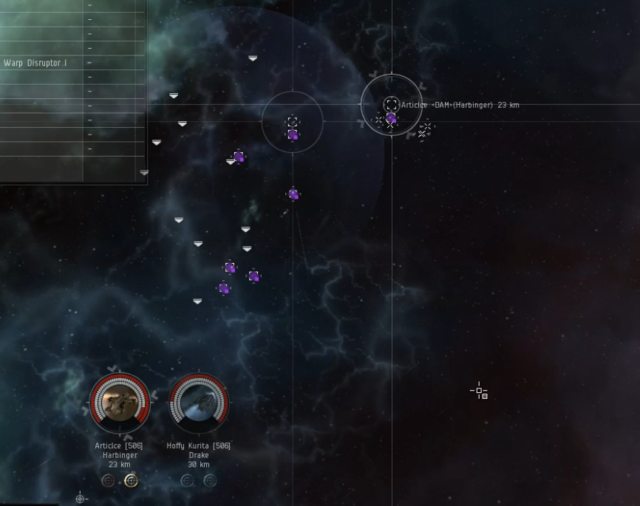 which we kill. Drake, pod. Harbinger, pod. Unwisely, we took our fleet through a reduced wormhole, which went missing on us.

Luckily, we didn't need to go back because a Scorpion was flying around the Russians' C2. Half our fleet was stuck in the chain we just ganked in, henceforth known as Chain 1. The other half scanned down Chain 2. I've scanned down the Russians' chain, Chain 3 - it's almost 20 jumps from 1 and 2. We mobilize.

One of our guys tries to get into the Russians' system through Chain 3, but the static is gone.
He goes back out to k-space while I scan down Chain 4. On our way there, we finally realize that the Scorpion is collapsing the wormholes, including Chain 4. We decide to just fly in through the lowsec wormhole, ironically 6 jumps from Chain 1 where nobody is anymore.

On our way there, the Scorpion turns his attention to the lowsec and starts collapsing that. Suddenly, someone who I wasn't aware was in system speaks in local.

And then he signs off. Meanwhile, the Scorpion finishes making a pass on the lowsec hole. Polarized for the next 5 minutes, he warps back to his POS while we slip a stealth bomber into system.

He comes out 5 minutes later and a Buzzard who I was also unaware of cross-jumps the Scorpion. The wormhole goes reduced.

5 minutes later, the Scorpion makes another pass and we slip a cloaky Tengu into system.

5 minutes later, the Scorpion makes another pass and we slip a cloaky Legion and another bomber in.

The temptation to nab the Scorpion was maddening. We had more than enough cloakies on both sides of the wormhole to kill him. But we were there for the faction Battleships, not a hole-collapsing Scorpion.

We wait. We also start to nod off. We sign off for the night.

Luckily, the new lowsec connects directly to our home system's chain. Knowing we wouldn't be able to stay up as late on a Sunday night, we pull all of our characters out of the system to go shoot sleepers.

And everyone lived forever. The end.